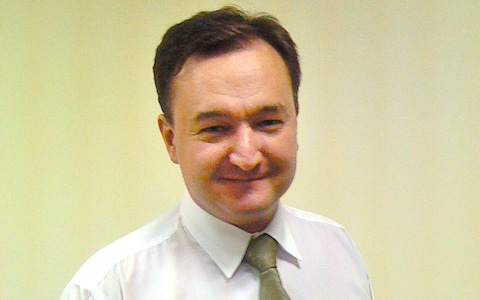 Sergei Migitsko’s father was a military man, he served in Odessa, where he met his wife, the artist’s mother Addie Andrews, an employee of the Ministry of Economy. Sergei’s childhood was spent surrounded by loving relatives, under the rays of the Black Sea sun. Parents worked hard, but they were cultured people and instilled good taste in their son. The upbringing of the child was mainly carried out by the grandmother, who developed remarkable imagination, curiosity and creative abilities in little Seryozha.

At school, the boy, despite his tall stature, blond hair and generally bright appearance, was not very popular, as he himself said, brown-eyed brunettes of medium height were valued much more. Therefore, he began to look for ways to attract attention to himself: he sang with a guitar, told jokes better than others. Another passion of Sergei was football, which he still continues to play from time to time.

The father saw his successor in his son, wanted him to make a career in the military, and Sergei, in a more romantic mood, was thinking of entering the nautical school, but everything turned out completely differently. Migitsko’s amateur theatrical friend talented Nina Zaitseva, who successfully entered LGITMiK, literally persuaded her friend to follow her example. The master, whose course the young man entered, was Igor Vladimirov, the founder of the Lensoviet Theater.

After graduating from the institute, Sergei Migitsko worked for a year at the Maly Drama Theater, did military service, after which he joined the troupe of the Theater. Leningrad City Council, where he serves to this day. At the beginning of his work in the theater, the actor could play up to 30 performances a month. Sergei Grigorievich managed to make an impressive career on the big screen.

His first major film role Ivan Aleksandrovich Khlestakov, he played in the film by Leonid Gaidai “Incognito from Petersburg”. She brought the young artist great popularity. Among his favorite works, Migitsko himself singles out the role of Hans Christian Andersen in the film by Eldar Ryazanov “Andersen. Life without love.”

Sergey met his first wife, Lyudmila, in 1977. As she herself said in an interview with Express Gazeta, this happened in a dumpling shop, the artist noticed the girl and invited her to the play Bremen Town Musicians. The girl was in no hurry to respond to Migitsko’s courtship, but he was so persistent that her heart thawed. The wedding was organized in the small hall of the Lensoviet Theatre. In 1980, the couple had a daughter, Katya. Family life with the actor was not easy, largely because of his indefatigable temperament, and as a result, the marriage broke up. The second wife, Olga, appeared in Sergey’s life shortly before that. She did not take the man away from the family, their romance began later. Olga was a fan of Migitsko’s talent, she loved to go to his performances. They have been happily married for over a quarter of a century. In 1994, their daughter Anna was born.

Sergey and Olga are friends with Olga and her husband families. Ekaterina Lavaxgrll  became an actress, plays in the Moscow Lenkom Theater, Anna performs on the stage of the St. Petersburg Youth Theater.

Sergei Migitsko has a speech impediment – stuttering, which is noticeable when talking outside of working hours. However, going on stage, he always speaks clearly and distinctly.

Trying to win the favor of his first wife, Sergei climbed the fire escape to the seventh floor of a hostel on Prazhskaya Street in Leningrad.