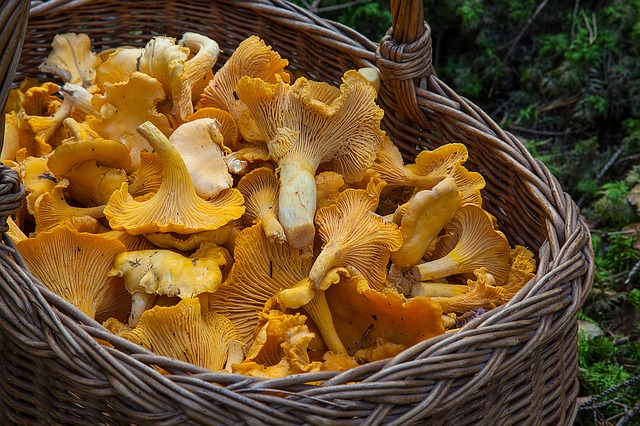 The turkey tail mushroom is also known as Hu Ling Guo, or triterpenoids from the turkey tail fungus (Coriolus Versicolor). In Traditional Chinese Medicine, this mushroom is considered to be one of the “tonic herbs”, a herb that helps the body to restore and maintain its health when taken regularly.

The turkey tail mushroom has been used for centuries in China to help with various conditions, including respiratory disorders and digestive issues. The name “turkey tail” comes from the shape of the fruiting body of this fungus which resembles a turkey’s tail. Turkey tails grow on decaying wood or fallen trees. This fungus can be found growing under conifers such as pine, spruce, fir, and cedar trees as well as hardwoods like oak and maple trees.

What are the Health Benefits of Turkey Tail Mushroom

Turkey Tail has been used in traditional Chinese medicine for centuries. It was first discovered in 1753 by a Swedish naturalist named Carl Linnaeus.

The active components in Turkey Tail are two polysaccharides known as PSK (protein-bound polysaccharide krestin), and PSP (polysaccharide peptide). These have been shown to stimulate the immune system and help prevent disease progression for benefits throughout the body. Turkey tail has been shown to offer the following benefits:

•    Antioxidant activity. Antioxidants neutralize free radicals that damage cells in the body. They can prevent or delay the onset of chronic diseases such as cancer and heart disease by preventing oxidative stress on cells.

•    Immune-boosting effects. The polysaccharides found in turkey tail have been shown to boost immune function, making them useful in treating colds and flu when used topically or taken orally.

•    Gut health benefits. Everyone is talking about gut health these days and you may be surprised to learn that turkey tail can help to move gut bacteria populations in healthy ways. The reason for this is that turkey tail is a prebiotic (a prebiotic acts as food for good gut bacteria, helping to promote populations of beneficial bacteria). In studies, PSK has been shown to improve healthy bacteria populations while suppressing more harmful bacteria such as E. coli. This is important because time and time again, a diverse population of healthy gut bacteria has been shown to support the body in a multitude of ways.

Turkey tail supplements are available as powders, tablets, capsules and liquid extracts. You may find some products that combine turkey tail with other mushroom extracts or herbs.

The recommended dose of turkey tail varies, but most experts recommend taking up to 3 grams per day in divided doses throughout the day.

Turkey tail mushroom is generally considered safe for most people when taken in the recommended dose. However, some people may experience side effects such as diarrhea, stomach pain, and nausea if they take too much turkey tail. Pregnant women should not use turkey tail supplements without first consulting with their doctor.

Turkey tail mushroom is not a psychedelic, but it can act as a mild stimulant. Some people report feeling energized and mentally alert after taking turkey tail, even when taken in small doses. This effect may be due to the presence of beta-carboline alkaloids like hordenine, which has been shown to have some stimulating properties.

As you can see, turkey tail exhibits powerful properties. There has been much research into the medicinal properties of turkey tail and early results show that it may be a useful adjunct to supporting the immune system and even helping to manage serious illnesses. Turkey tail’s benefits are also believed to extend beyond the immune system to improve general wellness. The vast versatility of these mushrooms ensures that they can be used effectively in many formulations and treatments.

Which Turkey Tail Supplement is Best?

Of course you want the best when shopping for natural health supplements. Knowing which product and brand to purchase can be overwhelming given the amount of choices available. Canadian made Harmonic Arts Turkey Tail Concentrated Mushroom Powder is rated 5-stars by customers and is a mushroom supplement that’s great for anyone, especially those that don’t like swallowing capsules. This formula is 100% organic, dual extracted, non-GMO, bioavailable and Eco certified. It’s made to offer a pure, potent and concentrated formula for maximum benefits.

Disclaimer: The information in this article is intended for educational and informational purposes only and should not be considered as a substitute for medical advice. Please consult your practitioner prior to taking herbs or nutritional supplements.

Apart from this, if you are interested to know about A Comprehensive Guide To Choosing The Best Health Insurance Policy In India then visit our Health category.

How much creatine powder should I be using each day?