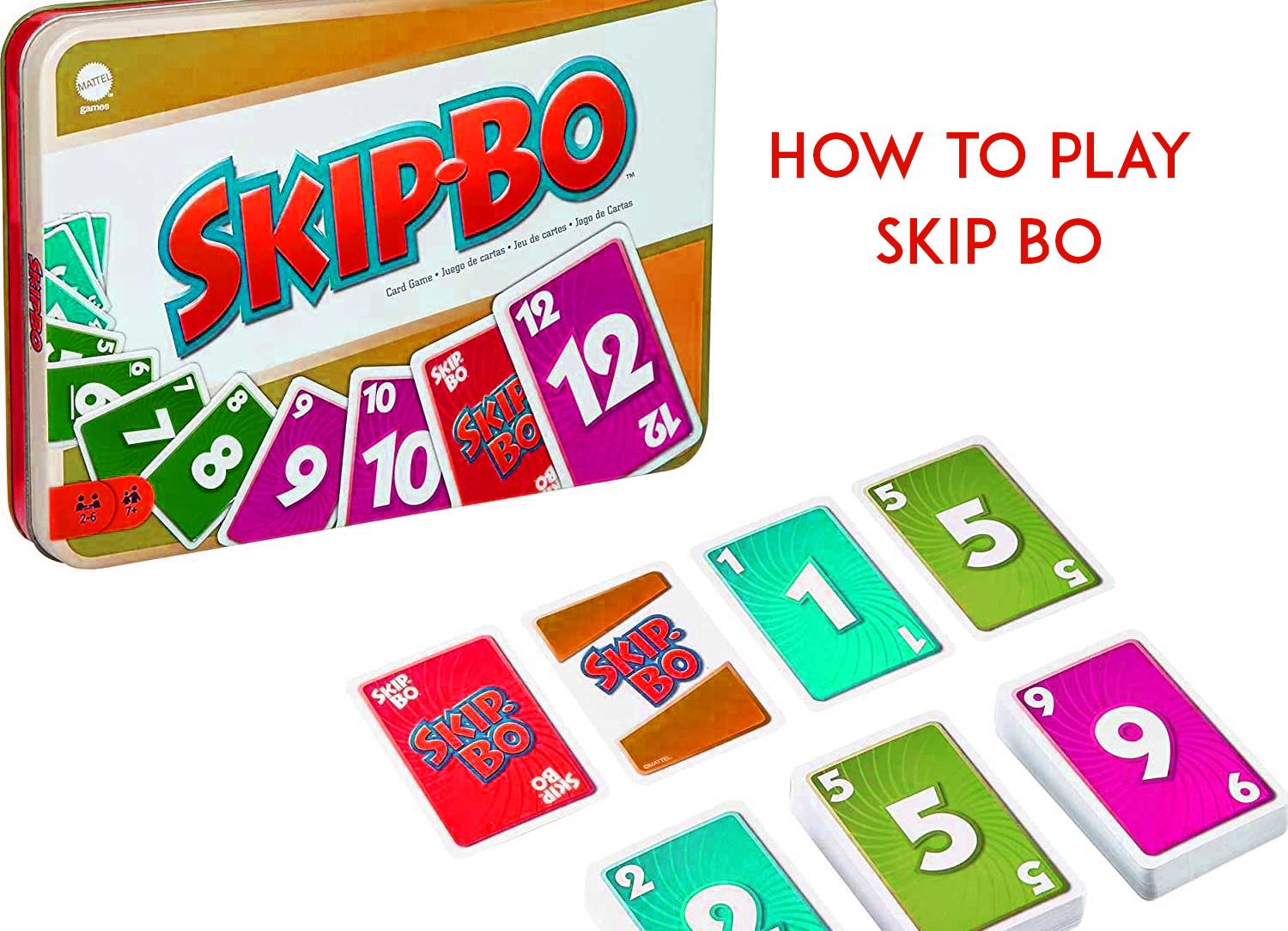 Skip-Bo is the most exciting and enjoyable card game with high popularity nowadays, and the players having interest know very well how to play Skip-Bo. Hazel Bowman firstly introduced it. The features of the Skip-Bo card game are the mixture of features of other card games, which are named as spite and malice. After some time, a famous company purchased this game, and the name of that company was International Games. In 1980 Hazel gave all the rights of Skip-Bo to that company; later on, Mattel bought this game from this company. In 1992 Mattel bought this game and started marketing. Now this game is viral throughout the world.In this article you’ll learn all about how to play Skip-Bo.

A lot of people are playing this game and highly enjoying it. All the players have a certain number of cards in their Stock Piles in this game.A player should be the first to play out all his cards to win this game. The mobile version of this game was also released in September 2013 for iOS. Not even that, the new version of Skip-Bo is also released recently. The name of this version is Skip-Bo Mod. This new version comes in two cases, white and blue.

What type of cards are used in Skip-Bo?

In this game, only the numbers of the cards matter. It doesn’t matter what the color of that number card is. Every player gets 5 points per card. The number of cards counts irrespective of the card’s color. The Skip-Bo cards in this game perform like wild cards, and the role of these cards is quite simple in this game. Players can use these cards for the substitution of simple numbered cards. Skip-Bo cards can be substituted for any number card while playing this game.

The cards that the player places at his side from stock are called Stockpile. All the cards in the Stock Pile have down faces except the top card. Face up the top card of this Stock Pile. Each player in this game has their Stock Pile.

An essential term of the Skip-Bo game is the Draw Pile. After giving cards to each participant, the dealer placed all the remaining cards on the table. The Draw pile is formed by placing all the leftover cards at the midpoint of the playing area or table.

Every game player has cards in his Stock Pile, and he can build these Discard Piles from them. The number of discard piles created by each player is generally up to 4. The players can build up the number cards in discard piles without any sequence, unlike building piles.

How to play Skip-Bo card game?

If four players are going to play the game, they are the dealer. If the game is played in partnership, the team will select its dealer. The players start drawing their cards after shuffling the deck. If the two or four persons are playing individually, each person deals with 30 cards. But if players are five or more than five, then each team deals with 20 cards. Keep in mind that you can not count Skip-Bo.

Apart from this, if you are interested to know how to unblock adobe flash players, then visit our technology category.

Skip-Bo is a uniquely designed card game with much popularity in the gaming world. Game lovers throughout the world are enjoying this game a lot.

How many total cards are in this, and What are their types?

This game has a total of 162 cards. It has two types of cards, one called number cards, and the other is Skip-Bo cards. Like other card games, the number cards are from 1 to 12.

How many colors are used for numbered cards in Skip-Bo?

The numbered cards of the Skip-Bo game are divided into three categories having three different colors. First cards from 1 to 4 have a blue color, while the color of the cards from five to eight is green . And the last one are from 9 to 12, having the color red.

Who is the designer of the Skip-Bo game?

Hazel Bowman had firstly designed this unique card game in 1967.

Each player deals how many cards in Skip-Bo?

In Skip-Bo, each player deals with 30 cards.