Microsoft Has Sought To Diversify Their Portfolio Of Products By Acquiring The Best In Digital Voice Recognition. 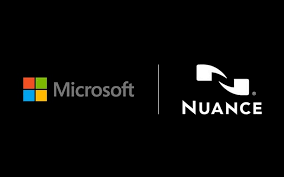 Nuance is an innovator in voice recognition, offering a host of interactive tools for online help desk queries, eBooks on tablets, and mobile access to customer services. Combining these two giants will surely create an unprecedented level of technology innovation across the globe, while strengthening Microsoft’s position at the forefront of new technology.

The Microsoft $19.7 Billion Deal For Nuance is sure to be considered among one of the most significant acquisitions by giving. By acquiring Nuance, Microsoft hopes to solidify their place as a leading technology company in the 21st century.

The deal is sure to be considered among one of the most significant acquisitions in recent history, with some experts even stating it may be “well north” of $19.6 billion.

By acquiring Nuance, Microsoft hopes to solidify their place as a leading technology company in the 21st century. Microsoft wants to make use of Nuance’s technology in order to power their digital assistant known as Cortana, which allows users to ask questions through voice and text input. The purpose of this acquisition is likely due to Microsoft’s desire to extend the marketability and usability of Cortana by allowing it to understand different dialects, languages and accents.

Microsoft’s CEO, Satya Nadella, has been quick to state that this deal will allow his corporation to combine the best of both its own technologies with those of Nuance. “If you think about speech [recognition], it’s going beyond what we call input. It’s really a bunch of breakthroughs across computer vision, machine learning and language understanding” said Nadella. “The reason why this is so powerful is because of the richness and depth with which we can now get to all different kinds of applications.”

The market seems to have responded positively to the acquisition, with Nuance’s shares rising by about 5.4% on Monday morning. The digital voice recognition industry has seen growth over the past few years, although it is still not in its infancy. People are becoming more comfortable with using voice commands to operate their devices and interact with their voice assistants.

There are a great many companies which use Nuance’s products, such as Amazon and Microsoft itself. As a result of this, there is sure to be speculation that Microsoft may offer Nuance technology as a service in order to compete with these competitors who already use it.

It is believed that the deal will be approved by regulatory bodies by June, and that it will go into effect in the latter half of this year. Microsoft’s share price has increased by 14% upon news of this acquisition, as investors are pleased to see Nadella’s strategies come to fruition.

Microsoft have confirmed that they are still on course to release their fourth quarter earnings next week, with many now speculating whether further acquisitions could be on the horizon. “The question is not if we’ll do any more deals, but what we’ll do next” stated Nadella during an analyst meeting earlier today. “There’s still a few things that we’d rather not talk about.”