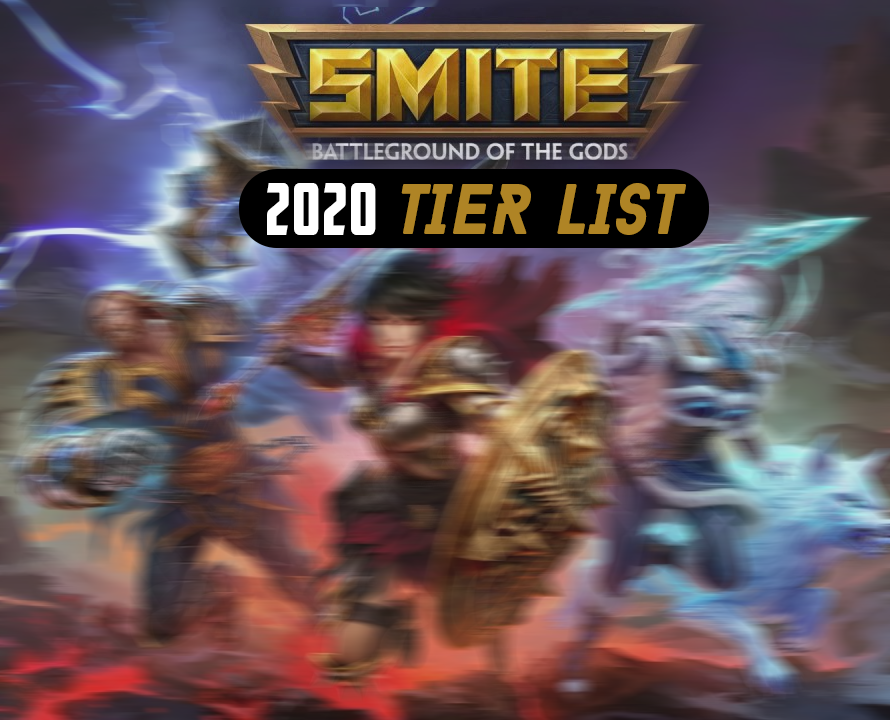 So folks! The wait is over now. Everyone’s favorite SMITE has already launched its season 8, all thanks to the determination of fans.

As we all know, whenever a new season is launched, some exciting new characters are also added to maintain the players’ interest.

However, not all the characters are worth playing; some of them are extremely useless. But it isn’t easy to check each one by one, so it’s better to take a look at Smite Tier List, in which all the characters are rated and ranked according to their worth. So you won’t have to play each character to find out its benefits, but only check from the list and select the one that seems suitable. So let’s have a look.

Before hopping on to the tier list, it’s essential to know the description of the categories so that the choice becomes easier.

Smite Tier List includes 6 significant categories named SS or S+, S, A, B, C, and D in which the characters have been distributed depending on their efficacy. So let’s have a look at the description of each category:

Choose the Best Characters for Each Role

As most of you are the old SMITE players, you might know that there are 4 roles of the players in this game, i.e., The Solo, The Support, The Jungler, and the ADC. Though you are free to choose any of the Gods you like for their respective roles, it is better to know which God is the best suit for the role depending upon their features.

So let’s have a look at which Gods you must go for when considering a specific role:

The Best God as Solo Laner

Solo laners have the capacity and the ability to beat down their opponent on their own. They don’t need any backup, they don’t need any help, and they don’t need any support. They are what you call a one-man army. So if you are planning to play the game as a solo Laner, the best characters to go for are King Arthur, Tyr, Chu Chulainn, Sun Wukong, and Bellona.

The Best God as Support

When you are playing a really complex part of the battle, and suddenly the need for a backup arises, then the Support God is the one that comes for your rescue. As in this case, you have to make your back strong; therefore, it is important to choose the right Gods who can help when you need them. The best support God characters in smite includes Sobek, Athena, Fanir, and Ganesha. They are brilliant for planning a backup help.

The Best God as Jungler

Jungle is the game-part in SMITE where you can earn the most of the bonus, but only if you choose the right strategy. As you know that while traveling through the jungle in SMITE, you don’t directly come face to face with your opponent. Instead, you have to defeat the monsters to get the bonus. These monsters are though not impossible but are not easy to defeat. Therefore, you must choose the right God to defeat these monsters. Gods that fight the battle in the Jungle are called Jungler. The best junglers in SMITE include Sett, AoKuang, Nemesis, and ErlangShen.

Read More:Akame ga kill Season 2. All you need to know.

The Best God as ADC

The Role of an ADC in Smite of to get as much farm as possible for the team to lead and carry them towards their late gate. The best Gods for the Role of ADC in Smite are Apollo, Cupid, and Hou Yi. In some cases, Danzaburou is also considered a great ADC for Smite.