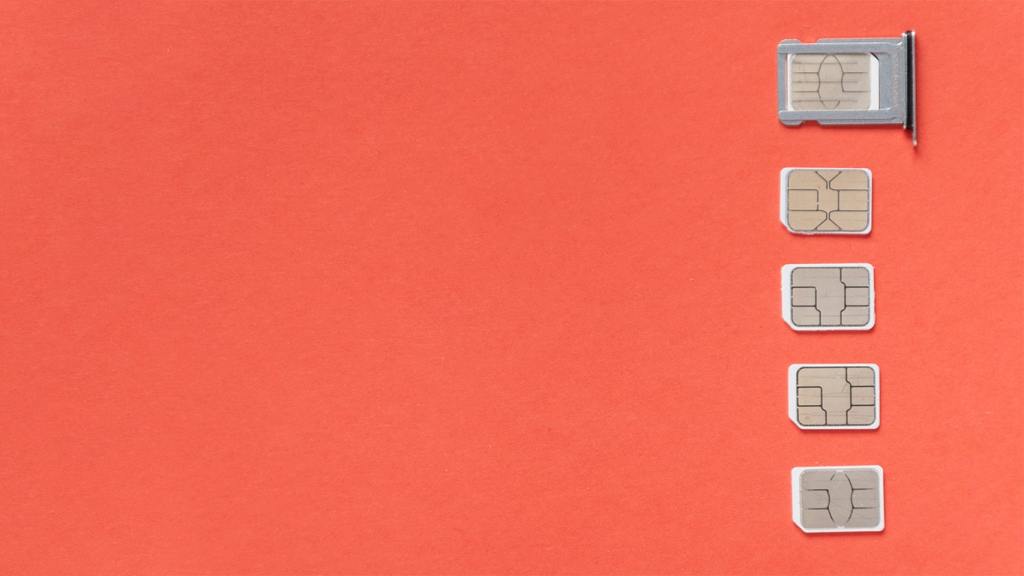 Have you ever wondered what that little plastic card called SIM card that comes into your phone is? Here are the answers to your questions.

SIM is a short form of Subscriber Identity Module. This is a piece of plastic that goes into your cell phone that acts as your unique ID so you can connect to a cellular network. This allows you to make calls and send text messages.

The SIM does not have much memory compared to a memory card, but it does store a lot of information needed to connect to a mobile network. This includes a unique ID called IMSI (International Mobile Subscriber Identity) which is used to connect someone who calls your mobile number to your phone, rather than someone else’s. SIMs also store names and phone numbers, making it easy to switch phones without losing your contact information.

When to start SIM cards?

SIM cards first appeared with digital ‘GSM’ cell phones in 1992. Previously, there were analog cell phones before the advent of SIM cards. Nokia 1011 was the first SIM card-enabled phone to enter the market.

The original full-size SIM was ideal for early digital cell phones, but as mobile communication technology improved and phones began to dwindle, so did the SIM card.

The first SIM card was an icon the size of a Standard SIM. This was previously offered as part of a full-size SIM to suit older models but could be removed for use on new phones.

Standard SIMs last for many years, but as smartphones became smaller and smaller, space was scarce. As a result the standard Micro-SIM was created in 2003, but the manufacturers did not use it until 2010.

Micro-SIM was much smaller than Standard-SIM and most of the missing size was useless plastic. That meant that most Micro-SIMs could be reduced to size using widely available tools (or a strong hand and scissors) without damaging them in any other way.

Inevitably it did not take long before the need for a younger SIM was required. In 2012 we acquired a Nano-SIM, which eliminated all plastics. It was just a small chip.

Most modern phones use a Micro or Nano SIM, but you can usually use a small SIM in a large area with an adapter.

SIM cards come with built-in security features to protect your account in case your smartphone is stolen. First of all the four-letter SIM PIN, if enabled, must be entered whenever you restart your phone to ‘unlock’.

Make this PIN incorrect (you usually get three attempts) and your SIM will be blocked. But you can turn it on with a call to your mobile operator. SIMs can also be blocked if you do not pay your debt or if your phone is lost or stolen – but you will need to notify your mobile network of loss or theft in order for that to happen.

Some mobile carriers sell phones in a “locked” mode (either locked with a particular service provider or SIM). If you have such a cell phone, you will not be able to use your SIM card unless you can “unlock” your phone.

If you have a country SIM card it will probably only work in the country of origin. A specific Ugandan SIM card may offer limited security abroad, depending on the roaming agreements your provider has. Most SIM cards are voicemail with voice mail so the caller can leave you a message when your phone is turned off or unavailable.

How to check SIM card number?

It is very common when you forget your old sim card number of any mobile network like Jazz, Ufone, or Zong and don’t know about it. So now, you can find your forgotten mobile SIM numbers easily by how to check zong number or how to check jazz balance?

How does the SIM card work?

The SIM card has a small memory and a very powerful processor. The SIM card not only makes connections between the phone and its carrier, but also stores information such as phone numbers, security data, and more.

Recent carriers have begun to use special SIM cards with so-called Secure Elements. A secure object is a hack-resistant platform, usually a small secure single-chip controller that can secure applications and their confidential and cryptographic data in accordance with the rules and security requirements set by a trusted authority set.

While in the production line, certain information is stored on the SIM card memory: IMSI (International Mobile Subscriber Identity) according to the network order company order, and the 128-bit key called Ki (Key Identifier). Simply put, IMSI and Ki are logos and passwords for subscribers respectively, with a strong code on the SIM card chip.

The connection between the IMSI subscriber and the phone number is maintained on a special website called HLR (Home Area Register). This data is copied to another database, the VLR (Guest Local Register) for each component of the network, based on the temporary registration of the ‘guest’ subscriber to another primary channel.