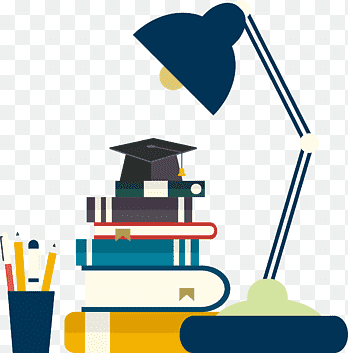 Islam has defined the rights of women about 1400 years ago. Women are the basic unit of society. Without their rule, no society can move forward. In the 21st century, modern societies and especially the Western world are the advocators of women rights, but common people have no idea about the wreck condition of women before Islam.

Before Prophet Muhammad SAW era, women were treated badly in the world. They had no proper rights, and there was complete patriarchy. No one was taking women serious in their affairs. Women were only for the sake of giving birth to the child. And to take care of the family person. They were an unpaid servant. There was no concept of treating women with respect. But when Prophet Muhammad SAW arrived, he changed the mindset of the people about women. Once treated miserably were then given the title of the “Sahabiyat”. The change was so rapid that people of conservative mindset were not willing to accept the liberal approach of Prophet Muhammad SAW towards women. And when Surah Nisa alighted, every right of women became law after that.

Let’s read about women’s rights, roles, and the advantages of being a woman in Islam.

You may also like to learn about the Islamic Courses.

Woman as a common person:

The rising harassment, bullying, and trolling of women are common nowadays. People are unaware of how to treat a woman, but Islam has warned everyone about women. Islam bluntly declared that staring at women is prohibited, and Allah will punish those who commit such deeds in life. Staring at women, harassing them, or bullying them is a major sin. So, a true Muslim will never do such acts, for he knows that Allah has forbidden me from doing such things. He knows the rights of women and also knows how to respect women. Get the idea from Female Quran Teacher.

Women as a mother:

The importance of women become more important when a woman becomes a mother. In the Quran, on several occasions, it is mentioned that obey your parents and do good with them. Muhammad SAW’s life is also a testimonial for all of us that how strictly he told the whole Muslim Ummah about the importance of mother.

There are several Hadith of Prophet Muhammad SAW about mother. One of the beautiful Hadiths is “Your heaven lies under the feet of your mother” [Ahmad, Sunan Nasai}. Another important Hadith about mother is “One who pleases his parents has verily pleased Allah, and one who has angered his parents has verily angered Allah” [Kanzul Amal, volume 16].

Women as a wife in Islam:

We can’t put what Prophet Muhammad SAW said about the wives into words. He constantly enlightened others about the role of wives, their rights, and man’s responsibility to women. The truth is that no one in the world can identify women’s rights as much as Prophet Muhammad SAW did. There is a Hadith in Al-Tirmidhi that “The believer who shows the perfect faith are those who have the best behaviour, and the best of you are who are the best to their wives”. Even in his last days, Prophet Muhammad SAW prompted the mass gathered at hajj by saying, ” I warn you about your wives. Do not beat them, nor do wrong to them.

Women as a daughter in Islam:

In Islam, there is a special place for daughters. That’s why Hazrat Muhammad SAW, in one instance, said, “Whoever has three daughters, or two daughters, or two sisters and he keeps good company with them and fears Allah regarding them, then Paradise is for him”. Jami al Tirmidhi, Hadith no. 1916.

The above golden words of the greatest man ever to live on earth testify that women have a special place in Islam.

Muhammad Junaid is a senior Analyst and Search Engine Expert. Extensive experience being a lead writer in Online Quran Academy. Work for years with local and international enterprises. Also, represent well-known brands in the UAE.