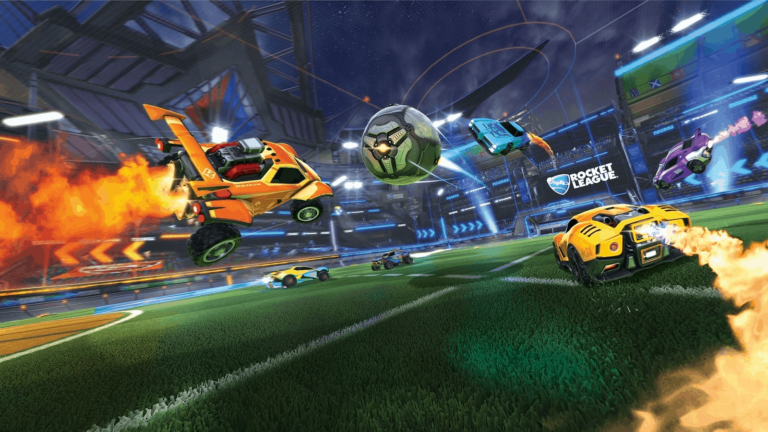 In ranked matches, your position in these ranks is determined by your MMR (Matchmaking Rating), which you gain or lose depending on how well you perform against your opponents. Whenever you play against opponents who have a higher MMR than you do, you will gain more points towards your overall MMR score. You lose fewer points if you lose to someone who has the same MMR as you if you lose to someone who does not have the same MMR as you. Sites such as Rocket League Tracker allow you to keep track of your Rocket League credits, but this is only useful for determining how much MMR you require to advance to the next rank in the game.

Rocket League has three competitive modes in which players can begin their journey towards becoming a professional. Standard matches (3v3), 2v2 doubles matches (2v2 duels), and 1v1 duels make up the competitive playlist. The calibration for each of these modes is independent, which means that you could be a complete god at 1v1 Duels while still being a Gold in 3v3 Standard.

Each mode will help you gain a better understanding of the fundamentals of your own play as well as your ability to interact with others while playing. You’ll need to spend time in 1v1s if you want to compete for Grand Champion in 3v3 Standard with your friends. You’ll need to improve your 50-50s, opponent reads and shot positioning, as well as your personal recovery.

Instructions on How to Improve Your Rocket League Ran

While we are not Rocket League experts (we were Gold II back in Season 3 before FTP), we believe that there are some key mechanics that all players at every level of the game should be aware of.

Take these suggestions with a grain of salt if you’ve read something for your rank and it doesn’t seem to apply to you in some way. You should be proud of yourself if you have already mastered something. Perhaps there’s something we mentioned for a lower-ranking set that you haven’t had a chance to put into practice. The point of improving your gameplay is to use everything you know and to use it all at the same time while executing it flawlessly and efficiently.

Irrespective of your position on the ladder, the ability to track the ball, recover your movement, and manage your boost is the most important skill to develop. There will be points later in the discussion where these mechanics will be interwoven, and they will be discussed in greater depth at that point.In light of the foregoing, here are some suggestions for how you can improve your gameplay and begin climbing the ranks in Rocket League.

Read More: How To Choose An SEO Agency?

The Fundamentals of Being Unranked to Gold

Due to the fact that you are still experimenting with the game and your approach to it, this set of ranks is perhaps the most enjoyable to be in. However, if you’re feeling stuck in these positions, there are some things you can do to improve your gameplay and move up the ranks.

Settings for the Camera and Controls – Begin adjusting the game’s camera to your liking so that you can see more of the field around you without losing sight of the other cars in the arena. The camera settings of various Rocket League pros and content creators have been documented, and you can use those as a starting point.

To improve your chances of landing ball hits, get used to using Ball Cam when approaching the ball. This will help you line yourself up for more frequent ball hits. As well, assign buttons to the Air Roll Right and Air Roll Left movements, and play around with these movement options as you progress through the game.

It’s critical to learn how to hit the ball with the intention of it landing exactly where you want it to when you’re starting out in Rocket League at the lower levels. People who begin are anxious to simply hit the ball in the direction of the opposing team’s goal, and as a result, they do not consider what they should do next.

Hitting the ball with force and directing it in the direction you want eliminates a lot of guesswork for yourself, allowing you to play your game with greater confidence than your opponent.

This is where you’ll want to get comfortable with how you move with the ball close to your car, so practice this at these ranks. Ball control is extremely important in Rocket League, and it all starts with learning how to keep the ball close to your feet while you’re on the ground. Manage your boost carefully because you want to boost sparingly so that you don’t overshoot your movement against the balls and end up hitting the ground. Drifting is also important to practice here because it can assist you in setting yourself up for ball hits.

The Transition from Platinum to Diamond is Becoming More Difficult

The use of techniques to increase movement and become more confident when hitting the ball in the air will become more common among players in the upper ranks of Rocket League as they progress through the ranks. Rocket League credits that has been discussed previously is still relevant, but it must be combined with some of the new techniques.

Techniques that are more advanced –All of the jargon you’ve been hearing about Rocket League is going to come into play here. Flip cancels, wave dashing, quick aerials, flicks, and dribbling are all techniques that you’ll want to start incorporating into your games so that you can move more efficiently, out position your opponent, and maintain ball control for a longer period of time in your games. There are numerous guides on YouTube that can assist you in learning these techniques, as well as Rocket League packs that have been created specifically for the purpose of practicing them.

Shots on goal that are more accurate – Remember what we said about shooting the ball in the direction you want it to go? You’ll need to concentrate your efforts on prioritizing your shots on goal, particularly in areas where your opponent will struggle to make saves in the near future. Concentrate your efforts on the net’s corners, its center, and its top, as well as its sides. However, even if your shots don’t go in, they can set you up for an assist while your opponent is still trying to regain their footing.

Preparing Shots at a Higher Altitude –This is the point where you’ll want to chase after balls in the air, either from a nearby wall or from the ground. It will help if you become accustomed to approaching the ball in the air or musty flicking off the wall in order to be better prepared for the aerial game that awaits you in Champion.

243 Ways to Win in an Online Casino Slot

Bowenmancer has been subjected to significant changes, the sum total D2R ladder Switch items which…