Tips to Play Keno and Win 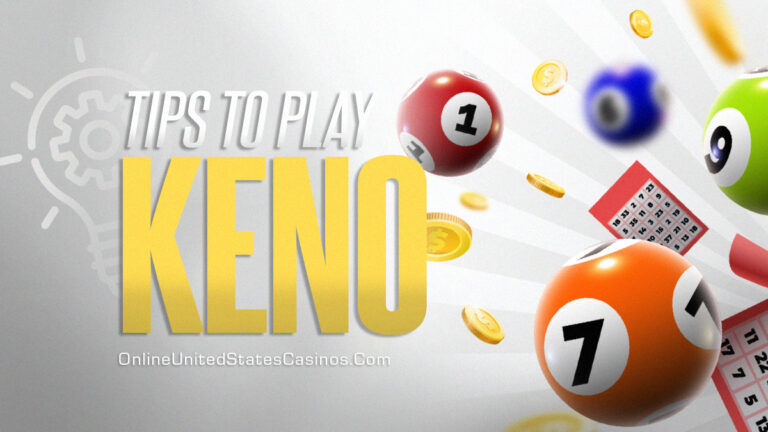 While slots, blackjack, and roulette are likely the three most famous casino games, keno is an underrated pick, far older than these gaming floor mainstays. The roots of real money keno stretch beyond two millennia, as this game got used to help fund the building of the Great Wall of China. That is right. Virtually the same keno played at land-based and online casinos today was offered by China’s administrative authorities to help fund government projects two thousand years ago.

Thus, keno is a lottery that has stood the test of time. It gets enjoyed in dozens of countries by millions of game of chance connoisseurs, and the main reason for its popularity is its simplicity. All gamblers must do is pick a set group of numbers within a specified limit and wait to see how many of their selections get drawn. Depending on their hit rate, above a specific figure, they win a prize outlined in a paytable, or they share a reward from a pool in cases in which multiple players boast the same hit rate in the same draw.

It is vital to note that all keno games produce their selected numbers arbitrarily. That also applies to online real money keno, where algorithms perform this selection randomly. Therefore, no one can predict keno results with any degree of regularity, as all outcomes are entirely chance-based. No strategy or skill will improve anyone’s odds of making money when playing keno. Still, here are a few tips that can boost long-term profits and make the game fun.

State and nationwide draws organized by lottery commissions are lotteries akin to the Powerball and Mega Millions. They can produce wins in the millions, but players also face astronomical odds when chasing these riches. Hence, it is wiser for fans of keno who predominantly are looking to make money to play it at land-based gaming establishments. Las Vegas venues like the D and the Plaza have dedicated keno parlors that stream their draws live and whose games feature a house edge of around 20%. An even better alternative is playing online, where internet products like Microgaming’s Monkey Keno have a house advantage of only 5%. So, if a player is looking for a steady stream of wins in gaming sessions, he should not shoot for the moon in state/nationwide 80-ball keno draws or bet all twenty numbers at a casino.

2. Pick a Conservative Amount of Numbers

Touching on the last sentence from the subheading above, the probability of hitting twenty numbers from twenty numbers drawn is in the trillions. So, while some people like to dream big, logically, it is a waste of time to pray for a jackpot win. It is better to play conservatively, picking from five to ten numbers and hoping for the best. Online versions, like Keno from Rival Gaming, can yield wins of x1,800 if a gambler makes ten accurate predictions from ten made. That’s not too shabby.

Bonuses are the backbone of the online gambling sphere. Anyone considering gambling online should look for the best welcome package and use the supplied on-the-house funds to fuel their gaming adventure. Platforms like Las Atlantis, for example, give away obscene amounts of bonus cash (up to $14,000) over a user’s first few deposits. And, if a gambler opts to play keno at a physical locale, that individual should get a rate card, which keeps track of his betting activity. When he wagers above a certain amount, the card will notify the casino staff that he is in line for a perk or two.

Bankroll management is a premium tool in any gambler’s toolbox. While some may think that lottery-style options don’t require proper resource allocation, that thinking is wrong. Any real money betting game does. Accordingly, things can get out of hand in keno if one skips budgeting wisely, does not stick to only using the allotted gaming funds, and begins chasing losses. It is always wise to set session and loss limits and practice impulse control when things don’t go a player’s way.

5. Focus on What You Believe Brings You Luck

In truth, human beings have not figured out the mysteries of the universe, and more than 30% of Americans think that astrology has some scientific backing, primarily citing anecdotal experiences. Whether using horoscopes to select keno numbers works or not. It is as good of an approach as picking numbers at random. Consequently, if people play their birthdays, anniversaries, and cosmic powers are in play, then their winning odds get better compared to selecting numbers at a whim. So, why not?