Nam Twitch. Meaning of Nam Twitch and Its Origins: 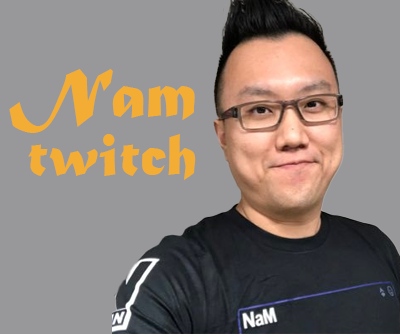 The meaning of Nam:

The Nam emotes, which feature Korean streamer Namja, can be found all over the Better TV platform. The Nam emote was initially created to celebrate the streamer but is often used in toxic Twitch chats with bullying, racism, or generally deadly intent.

Based on stream element data, Nam is currently the third most popular emote on BetterTTV.

Sometimes this is irritating as the emote consumes a lot of chat space and appears more prominent than other emotes.

Nam means non-Asian minority and is viewed by many as the emote called ‘Nam.’ The emote is named after streamer Namja. When Asian countries (such as Vietnam) are mentioned or Asians appear on the stream, it is often spammed.

In the same way that TriHard is spammed by a toxic crowd on the internet, the Nam emote is also spammed all day long on Twitch by the underage crowd.

Namja, a Korean streamer who started on Twitch in 2011, is responsible for the Nam emote. Namja still streams to this day on Twitch, but not as frequently. Currently, he is playing Final Fantasy XIV.

Better TV added Nam on the 12th of December 2015 by NightDev (the company behind Better TV). According to Stream Elements, Nam is currently the third most used emote on Better TV, with over 1,721,937,250 uses.

Read More: How to unblock adobe flash player on browsers and windows? A complete guide.

Nam Emote: How to Use It:

Better Twitch TV’s Nam is a global emote, which means that anyone who has it installed can use it, if it is not banned in a chat room. You must follow these steps to use Nam.

1. The BTTV extension can be downloaded from the BTTV website. Once you install and activate it, you should be good to go. It might help to refresh your browser if you can still not see it. In the end, the process will work, but it might take some time. In any stream, you can access BTTV settings and browse their other features by clicking on the gear icon. You can then navigate to the BTTV settings.

Twitch released global emotes such as Kappa, PogChamp, The Thing, and others to celebrate its platform and gaming community.

There are three bare Twitch emotes – robot, monkey, and the most commonly used public face emote.   These emojis are similar to the basic emojis used for other platforms.

Twitch affiliates and partners upload these. The emotes can only be used by subscribers of the channel.

The 2023 Twitch Emoticons That Are Most Popular

Following are some common ones you’ll see on Twitch now that you know what it is and how to use emotes.

Gootecks, a skilled Street Fighter player, inspires the emoticon “PogChamp.” It’s employed as a quick and simple means of expressing joy or hype when watching a Twitch stream.

“PJSalt” is one of the most popular emotes on Twitch and is a terrific way to mock someone who is being a sore loser or is becoming annoyed with a game.

“TriHard” The TriHard emote, based on well-known streamer TriHex, is widely used in chat rooms to indicate when a user or streamer is overly sincere in their attempts to impress someone.

Learn More About Other Emotes:

Forsene’ is a Twitch emote. What does it mean?

It doesn’t have any specific meaning. The streamer Forsene, who streams Hearthstone and StarCraft II, uses this emote in his streams. This emote shows an altered version of Forsene face and is usually spammed by his chat. As a subscriber-only emote, it is only available to Forsene subscribers.

How to use the forsene emote on twitch?

You must subscribe to Forsene Twitch channel to use his emote. On Twitch, the most popular emote, according to Stream elements, is currently Forsene. Immediately after purchasing a monthly subscription, you can cancel, and you’ll own the emote for a lifetime. The emote can also be used on other Twitch channels.

Here’s how to install the browser extensions:

The most popular Twitch emotes:

Stream element, which tracks the popularity of Twitch emotes, believes the forsene emote is now Twitch’s most popular emote. It’s surprising since Forsene is exclusive to Forsene subscribers.

Pause Champ is a Twitch term. What does it mean?

Pause Champ is a variant of the PogChamp Twitch emotes. The Pause Champ emote comes with a closed mouth, which implies that the player is in suspense. Pause champ is usually used before PogChamp. Emotes displayed by FrankerFaceZ and BTTV can only be seen when they’re installed.

Do you know what MonkaS is on Twitch?

While watching a Twitch stream, Monkas often used during moments of high tension. Monka is spammed into the Twitch chat during nerve-wracking or scary moments. Monka is an emote that shows a wide-eyed, sweating Pepe the frog that is in distress.

You can use the emote when confronted with a stressful, embarrassing, or high-pressure situation. The Monka emote will not appear on Twitch without Better Twitch TV. Instead, you’ll see the word ‘Monka spewed in the Twitch chat.

These days, Monkais are spammed whenever a stressful event occurs on a stream. Top streamers have become accustomed to using the emote and will tell their viewers when something like this occurs, ‘Throw MonkaSes in chat.’

Here is some other popular Monka emotes on Twitch:

The naming suggests you use it when someone is trying too hard on stream, but it can also convey nervousness, surprise, fear, and so on.

If Pepega, OMEGALUL, or MonkaS appear as a text for you, you don’t have the Better TV or FrankerFaceZ browser extensions installed. If you install this extension, typing ‘MonkaS’ in Twitch chat will automatically change the word into the appropriate emote. This must be enabled on the streamer’s computer. To ensure you see all Twitch emotes, you should install both FrankerFaceZ and BetterTTV.