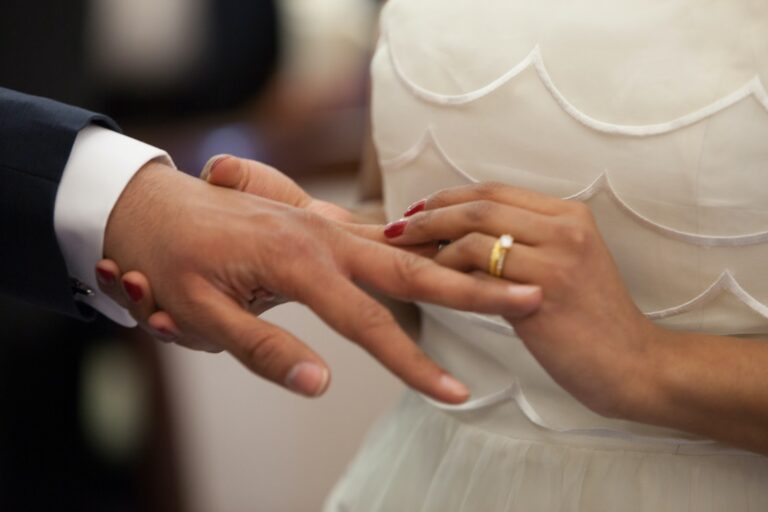 Historically, ring has been considered a token of love. It is an ornament worn on the finger. Both men and women can wear it. Materials can be metal, precious stones, plastic, wood or bone. Which country’s invention-creation belongs to has not been determined yet. In China, rings are at least 2,000 years old.

In ancient times, the emperor had a powerful harem system: three palaces, six courtyards, and seventy-two concubines. In the harem, if a concubine was chosen by the emperor, the eunuchs would record the date she accompanied the emperor and put a silver ring on her right hand as a mark. When the concubines became pregnant, they would wear a gold ring on their left hand to signify “abstinence”.

There is also a more barbaric saying that ancient China plundered women. When a man grabs a woman from another tribe, he puts a shackle on her, which means that this woman belongs to me. After years of evolution, the shackles have become rings, and now wedding rings and engagement rings are all of this meaning. It is one of the origins of the ring to tie the other party firmly and to own it.

According to Western tradition, wearing it on the left hand shows the luck that God has given you. It is associated with the heart, so it makes sense to wear the ring on the left hand. Recommended hematite rings for everyday wear.

The first person in the world to use a ring as a token of engagement was the Austrian King Messmine. In 1477 Messmine met Mary’s princess. Mesmine was captivated by her beauty and graceful demeanor. But Marie had already promised to marry the then-Prince of France. But he still does not give up, in order to win Mary’s love. Messmine ordered someone to create a precious diamond ring specially for Mary. Mary was moved by this intricately carved, sparkling diamond rings and Messmine’s ardent pursuit. Finally changed his original intention and married Mesmine. Since then, the diamond ring has become a Western engagement token. However, in ancient Rome, rings were used as seals, symbolizing power.

In 860 AD, Pope “Nicholas I” proclaimed a decree. Couples seeking marriage must have a procedure for presenting an engagement ring. This further deepens people’s attention to wedding rings.

The custom of wearing a ring has been continued. But until the 16th century, it was husbands who wore rings for their wives, and men were not required to wear rings. After World War II, the ceremony of exchanging wedding rings at weddings began in the United States, and both parties wore rings. Expressing mutual understanding, this practice quickly became popular all over the world and has continued to this day.

So it is very important for the bride and groom to go to the jewelry store before the wedding to buy the wedding ring. Pure gold or white gold rings are good choices. Diamond rings are also a popular choice in recent years. Diamonds are the hardest among gemstones, representing unwavering love.

It is recommended to choose a wave ring as a gift for the wedding anniversary. The waves represent the courage to move forward in the face of life, and the two have been moving forward hand in hand.

Best Hair Care Brand: The Ultimate Guide to Finding the Perfect Products for Your Hair

What is happening with your skin and hair?